Be sure not to miss this exhibition of works by master printmaker Peter Milton. While Milton began his career as a painter, he turned to etching and engraving in the 1960s. Testing positive for color deficiency in 1962 also influenced his decision to work exclusively in black and white. According to the artist, “I relish drawing and the craft of engraving, and […] everything […]—dramatis personae, details, architecture—is drawn by hand. During the first, planning phase of the image, I construct an initial collage, and I do find a photocopier useful at that point for enlarging and reducing elements. But in the next phase I modify and change these elements quite intentionally in a drawing which serves as the basis for the finished print.”

In Search of Lost Time is the title of a 2006 print by Milton, which comes from an English translation of French author Marcel Proust’s monumental novel À la recherche du temps perdu, published between 1913 and 1927. As the title of the exhibition, it fittingly alludes to the enigmatic and fantastical narratives for which Milton is known in his elaborately detailed, large-scale etchings. Combining the real and surreal, Milton places photographic rendering of figures amidst soft-focused, ethereal atmospheres that seem like a dream.

The Graphics Gallery is sponsored by 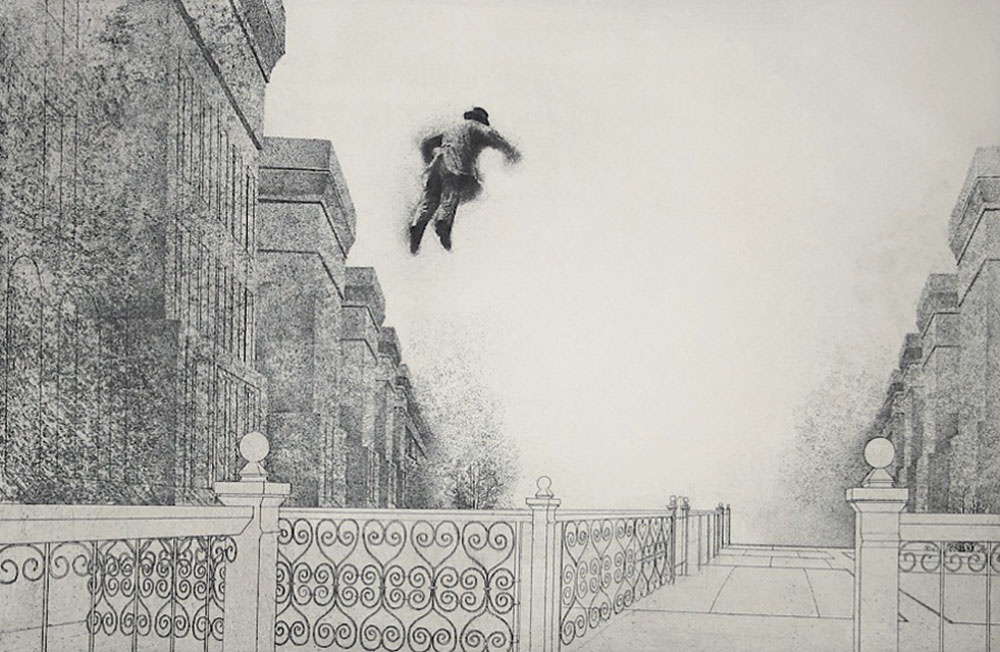