Breaking with Tradition features work by artists who have bent the rules and subverted ideas about traditional ceramics with unconventional subjects, experimental techniques, and manipulations of historical and traditional forms.

Like the other artists in this exhibition, Kathryn Kennedy Sharbaugh took an unconventional approach to a traditional subject: the teapot. In 1999, Sharbaugh created Night Jump, imbedding her own symbolic language based on geometric forms. The emblematic language of Night Jump comes from Sharbaugh’s personal experience with looking at the night sky through a spotting scope she had purchased for bird watching. She became fascinated with the rings of Saturn, which prompted her to think about the type of night jumps soldiers took with parachutes. Saturn’s rings and the shape of the parachute make up the body of the design. 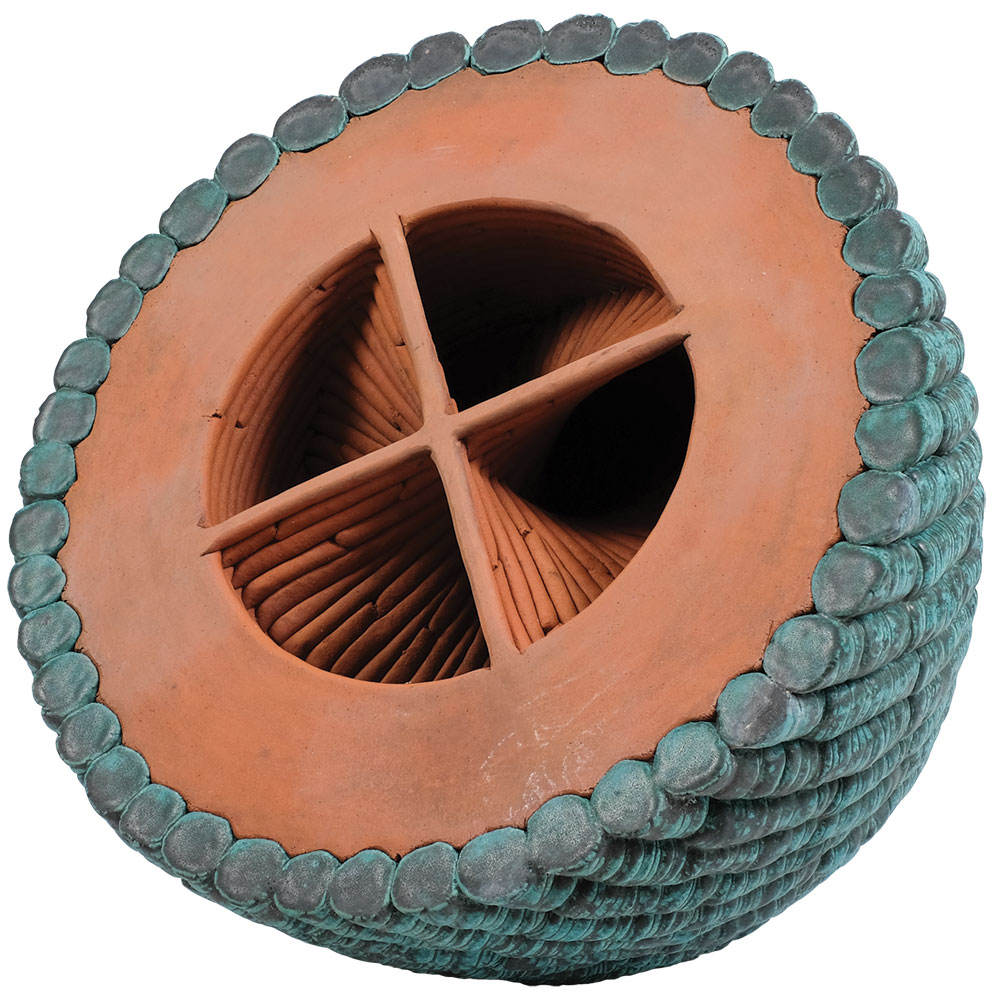 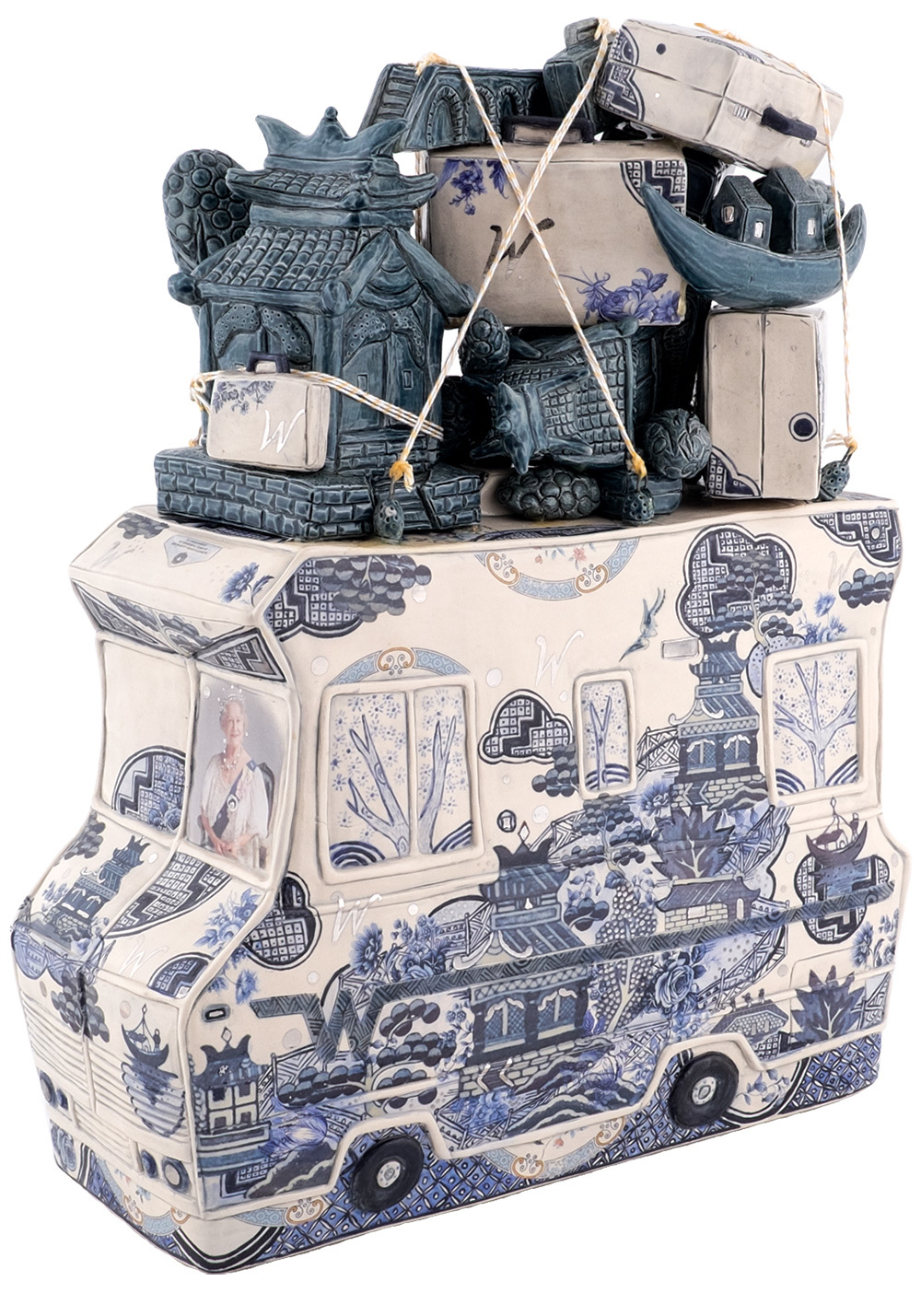