Glass in the Fourth Dimension

Glass in the Fourth Dimension

While we live in a three-dimensional world and our brains are trained to see height, width, and depth—mathematicians, physicists, and artists have long considered the fourth dimension and its possibilities for alternative realities. Although authors and scientists have sought to describe the concept, it is inherently intangible and invisible. Einstein defined it as “spacetime,” a mathematical model that fuses the three dimensions of space and the one dimension of time into four dimensions. Philosophers consider a metaphysical meaning, seeing it as the connection between the mind and reality. Artists, since the early 20th century, tried to represent the fourth dimension, moving beyond realistic representations of the world toward abstraction. The plasticity of glass in its molten form has enticed many artists to explore non-objective, or abstract, forms since the beginning of the Studio Glass movement in the 1960s. Whether it is an intentional optical illusion or just the natural properties of glass, each artwork in this exhibition implies something beyond height, width, and depth. In this exhibition, you are encouraged to look at the object from multiple angles to allow for different viewing experiences. 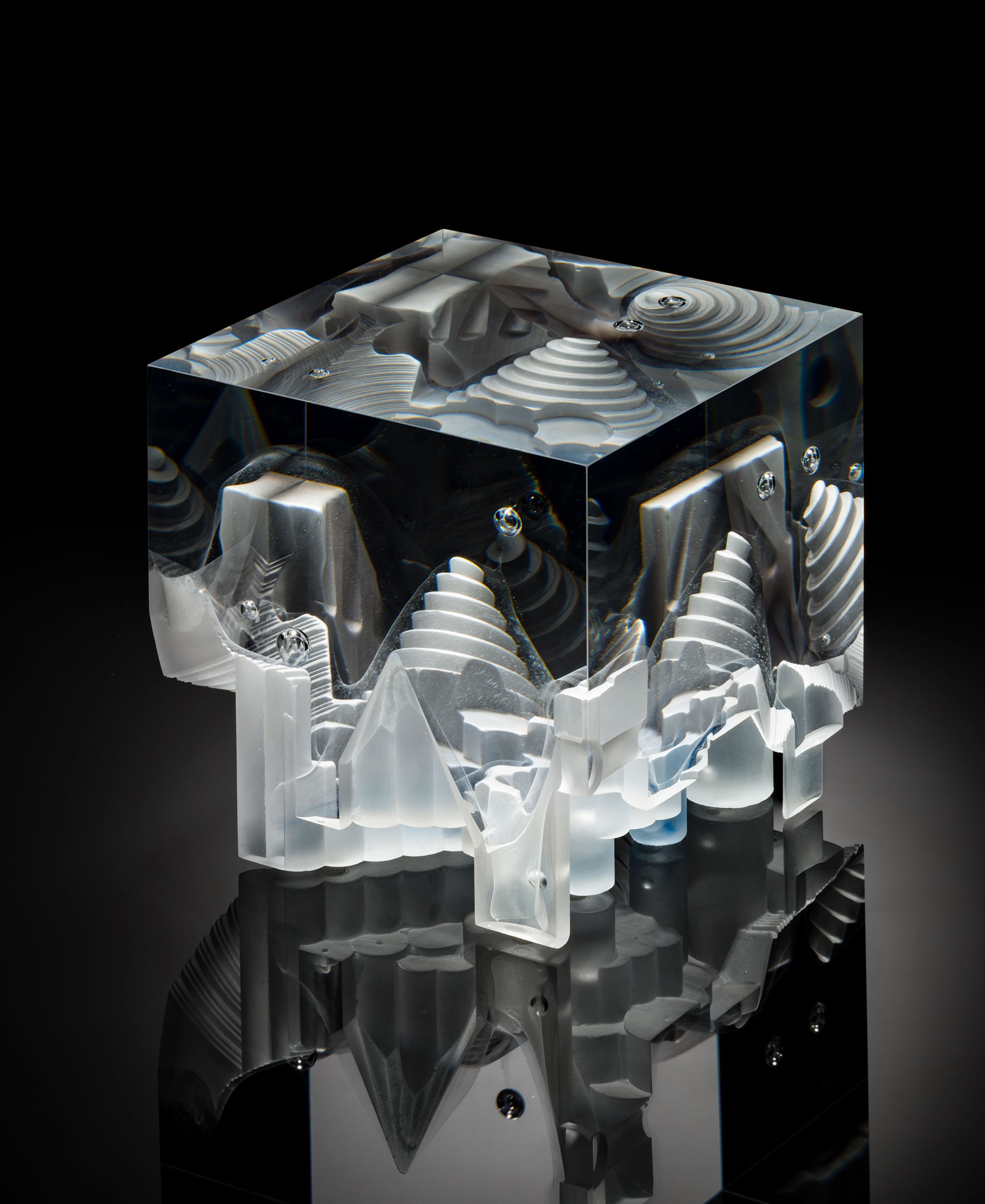 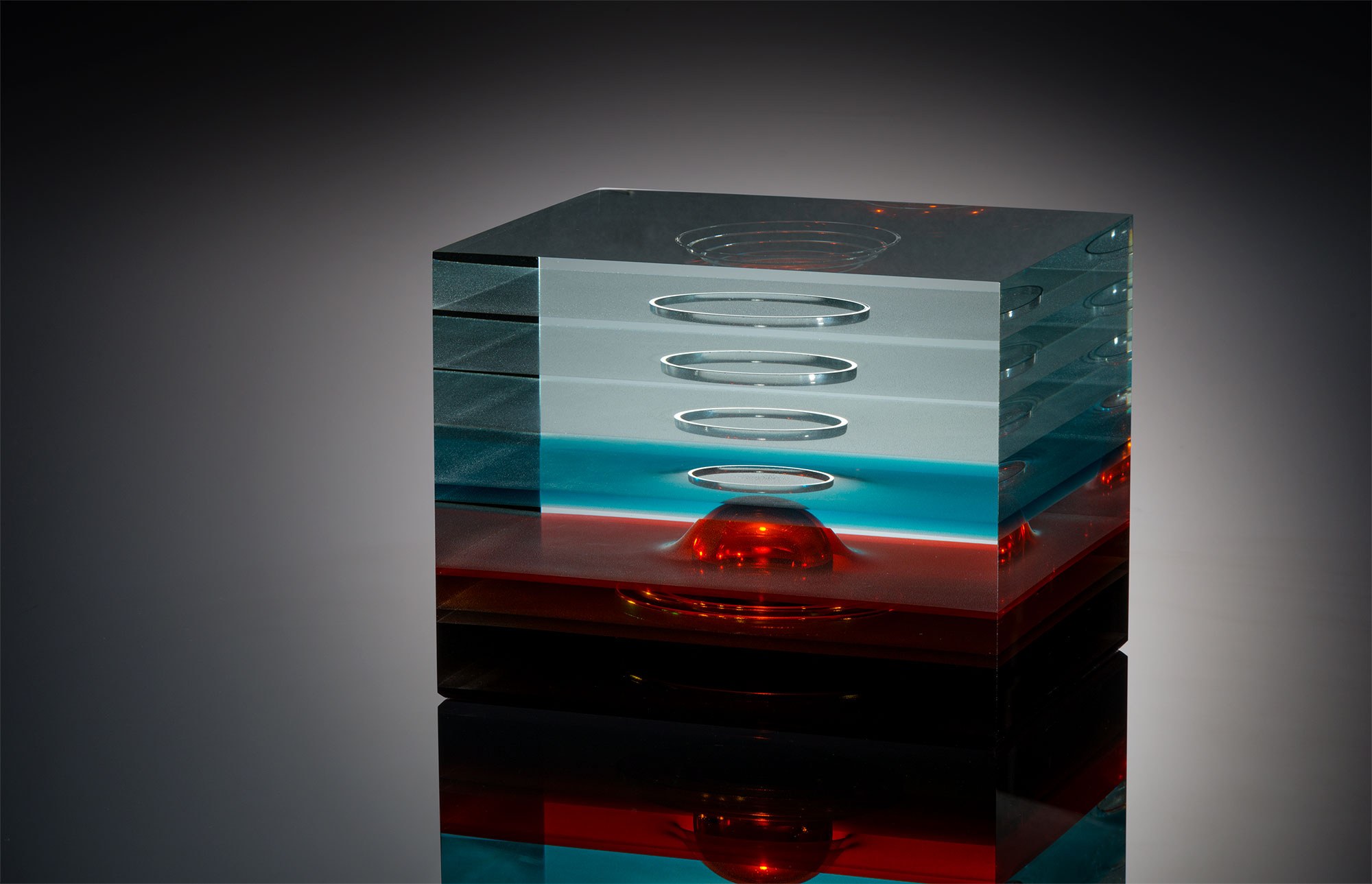